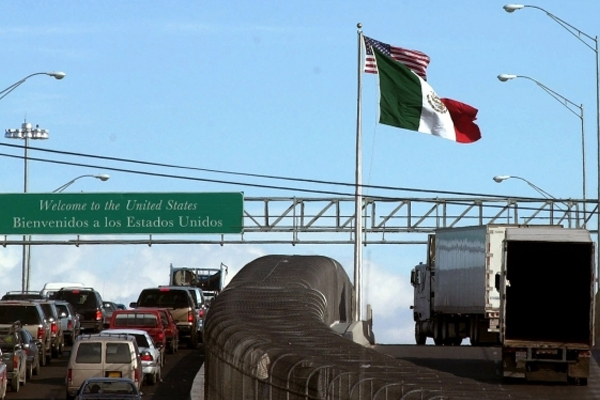 “We’ve seen a 40 percent increase in inquiries about building factories in Mexico compared to where we were last year,” Ricardo Rascon, a salesman with The Offshore Group in Tucson told CNSNews.com.

“It has surged dramatically in recent years,” he said. The number of companies approaching the company looking to build facilities in Mexico is not as high as it was prior to the financial crisis of 2007, however.

Half of the increased interest is coming from U.S. companies, while the other half is from companies located in Canada, Germany, South Korea and even China, Rascon said.

“We signed our first Chinese company this week. They are moving a product line from China into Mexico for the logistical advantages for serving the U.S. market.”

Companies in Germany in particular were also showing a “big interest” in building factories in Mexico to be closer to the U.S. market, Rascon said.

U.S. companies that move to Mexico don’t always shut down in the U.S., but often instead open new factories in Mexico to be closer to suppliers, he said.

Rascon also said company executives were asking fewer questions about crime in Mexico than was the case several years ago.

“I could tell you three or four years ago, security was the first thing people would ask, but now it’s on the back burner. Now, all they ask about is cost.”

According to the business data firm Dun & Bradstreet, inquiries from multinational companies about locating in Mexico have increased by 20 percent through June just this year, Reuters reported on Tuesday.

A recent survey of companies that moved jobs overseas to take advantage of lower wages and costs in Asia, but now want to relocate them back to North America, found Mexico to be their “first-choice destination” over the United States.

A third of the companies surveyed said they were now actively looking at moving “primary production and assembly operations currently located in China, India and Brazil back to North America,” it said.

Entitled “Footprint 2020: Expansion and Optimization Approaches for U.S. Manufacturers,” the survey was sponsored by Deloitte and The Manufacturers Alliance for Productivity and Innovation.

“Hourly industry wages in Mexico are well below rates in Brazil, South Korea and even China,” the report said, noting that the auto manufacturing industry in Mexico is now the seventh largest worldwide and the country’s second largest industry.

“Mexico’s auto-parts manufacturers depend heavily on North America, which bought 82 percent of their exports in 2015, far more than South America (8 percent) or Europe (6 percent),” the report said.

A 2015 survey of 250 senior-level manufacturing and distribution executives in North America and Western Europe by the consulting firm Alix Partners found “continued appetite for nearshoring” with a 32 percent of those surveyed reporting they had recently moved production facilities nearer to their customer markets.

Fifty-five percent of the North American companies said they preferred to locate in the U.S. in order to be closer to their markets while 31 percent favored Mexico.

The firm’s research showed Mexico’s popularity with manufacturers had declined in 2015 from 49 percent three years earlier, possibly due to security concerns.

Asked about security concerns in Mexico, the number of respondents saying they “expected improvement in those areas” dropped from the previous year’s survey.