At the 2022 Spring Meeting in San Diego, panelists shared some of the opportunities they see in Mexico, while addressing some of the perceived challenges, both real and imagined.

Blanca Rodriguez, director of finance and capital at Marhnos Inmobiliaria, said that Mexico’s REITs, known as “FIBRAs”, help provide liquidity to the market for those looking to transact. “’How am I going to exit from these investments?’ is no longer a question,” said Blanca. “An institutional investor from anywhere in the world is welcome.”

Gonzalo Robina, CEO of FIBRA UNO, a real estate investment trust, said that many of the global events of the last decade are benefitting Mexico. Manufacturers are returning to Mexico to China and elsewhere. Even some of China’s companies are creating manufacturing facilities in Mexico to be closer to the North American customer base, said Gonzalo.

Federico Martin del Campo said that Mexico’s workforce is fairly well educated in engineering and other trades but at a lower cost.

Rodriguez said that some parts of Mexico have become destinations for “digital nomads” who can work from anywhere with Internet access.

“You don’t see too many cranes,” said Erez Cohen I, co-CEO of Urbium Property Group. “So we’re not worried about overheating or overbuilding.”

“Exchange rates have been stable, but with some of the hotels, you are getting paid in dollars with your expenses in pesos,” said Robina.

Del Campo said that in the past industrial has been somewhat recession proof as you can cut back on labor by reducing hours or shifts but you are still paying your full rent at least until the end of the lease.

Rodriguez said she sees an opportunity in the future for public private partnerships for infrastructure.

Cohen said Mexico is also home to six different unicorns, a term for tech companies with a valuation of more than $1 billion. He also sees a sees a nearly 10 million home deficit in terms of housing Mexico’s population, larger per capita than the United States.

Robina said that in the office space, most new development is the equivalent of LEED certified and energy efficient. Del Campo said that lenders are also interested in giving favorable financing to ESG compliant projects.

In response to an audience question, Carlos de Icaza, a partner with law firm Creel, García–Cuéllar, Aiza y Enríquez, said that there is some exaggeration of the issue of eviction in Mexico where ultimately it is a country of laws and courts where if you don’t pay, you eventually leave, particularly at the middle to higher income levels. 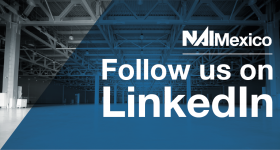