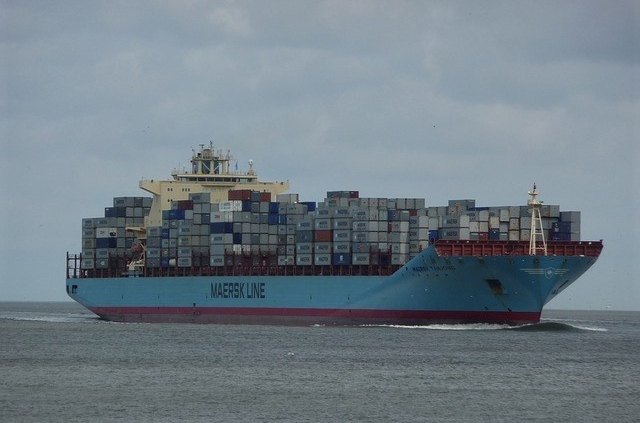 Port of Manzanillo, Colima — China imports into Mexico have seen a significant increase over the past year due to a global mismatch of supply and demand due to the pandemic. Those involved in the container shipping business say containers from Asia at the Port of Manzanillo have reached levels not seen in the last decade.

Manzanillo is the main port in the reception of goods from Asian factories, but last year, the arrival of containers (TEUs) shot up to 2.9 million, equivalent to 45 percent of the 6.5 million received in total in the country, said Héctor Ayala, Ferromex intermodal manager. He says the increase is a result of the instability of supply and demand for imported items caused by the pandemic.

In 2019, the port received just over 1.5 million TEUs of China imports into Mexico, according to data from the Ministry of Communications and Transportation (SCT). Between January and February of this year alone, the port saw 282,000 containers, 11.6 percent more than in that same two-month period in 2020.

“These are records that have not been seen for at least 10 years in terms of container volume in Manzanillo. It is a totally atypical situation,” said Ayala.

“Industrial production in Asian countries was reduced at the beginning of the pandemic, but when activity resumed, ports opened and maritime travel restarted, there was a greater than usual flow of containers,” Ayala added.

When Mexico decreed that only essential activities would remain open from April, Asia was already recovering from the blow of the health crisis, so all the purchase orders that had been placed in Mexico in February and March began to arrive in April and May, explained Luis Aguirre Lang, president of export company Index.

It is estimated that what began as an effect of the health situation will become a trend, and that the number of containers received in Manzanillo may break the 3.8 million barrier during 2021.

Due to the growing flow of cargo arriving in Manzanillo, federal authorities have made investments in the port to expand maneuvering capacity and railway companies plan to carry out a broader and faster evacuation of cargo, since for now, they continue to be overrun.

Ferromex and its clients, shipping companies and customs agencies, as well as the Manzanillo Port authorities, predict that the high volumes operated by the port will be the constant from now on, Ayala said.

“Today (the containers) are on the floor of the port, waiting to be moved by the motor transport or the railroad. The area of opportunity is in the moving of containers,” Ayala pointed out. “That challenges Grupo México Transportes to have the resources and make the necessary efforts to meet this volume demand that has materialized in the port, and we are betting that it is a constant flow that we have to mobilize,” he said.

About 60 percent of the cargo that Ferromex moves from Manzanillo are non-food consumer products that reaches the shelves of self-service and convenience stores across Mexico. Ayala said these products change with the seasons and holidays such as Day of the Dead, Easter, Christmas and even summer vacation periods.