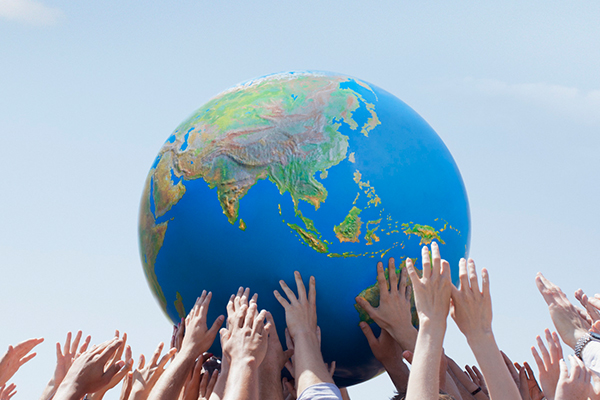 There are two clear groups in Latin America: those countries in favor of free trade, mainly the Pacific Alliance (Chile, Colombia, Peru and Mexico), and hopefully Argentina, and those against free trade (the rest). In particular, Brazil has no free trade agreements. It has a closed economy, and although the depreciation of its currency aids commodity exports it has little effect on the country’s manufacturing exports. The divide between both groups can be explained by the experience individual countries have had: some have benefited more than the rest.

What’s the best way to achieve consensus about globalization with diverse interest groups as you tried to do in Mexico in the 1990s?

Free trade can be asymmetric in its distribution of benefits to the general population, and public policies should accompany free trade to make benefits more symmetric for all members of the soci-
ety. “Globalization imposes restrictions that have to be addressed with the adequate public policies.” As an example, Mexican states like Aguascalientes, Queretaro and Guanajuato (just to mention a few) have invested considerably in education and its population is generally in favor of globalization. In contrast, states like Oaxaca, Guerrero and Chiapas (among others) have done little investment in their human capital and are thus generally less in favor of globalization. Public policies matter and education should be a top priority to achieve consensus and for the general population to share the benefits of free trade. At a national level, Mexico now produces more engineers per capita than the U.S. (0.93 per 1,000 inhabitants vs. 0.75).

What’s the fix for the strong and sometimes distortive capital inflows that come with globalization?

I see three components. One: having a balanced budget that gives you the flexibility to have a small deficit or surplus when necessary. Second, a truly independent central bank that can adjust monetary and exchange rate policies to affect liquidity when necessary. Third, a flexible labor market in which it is relatively simple to hire and fire workers and in which compensation is based on productivity rather than being mainly fixed. It is also recommendable to have adequate public policies in place such as unemployment insurance for the general population to avoid the negative effects of such flexibility.

What can make immigration more acceptable in developed economies where many unskilled native workers are suffering from low wages?

An emergency training program for adults, handled at the municipal and state levels, in order to make it easier for them to either get employed again or to increase their labor income, would be one example. It is crucial to get the private sector involved in this process so that schools teach the skills that are actually demanded by the market. Mexican cuisine is a great example of the benefits of globalization, so in Mexico what food or drink would you point out to your kids as an example of the way they also benefit from globalization?