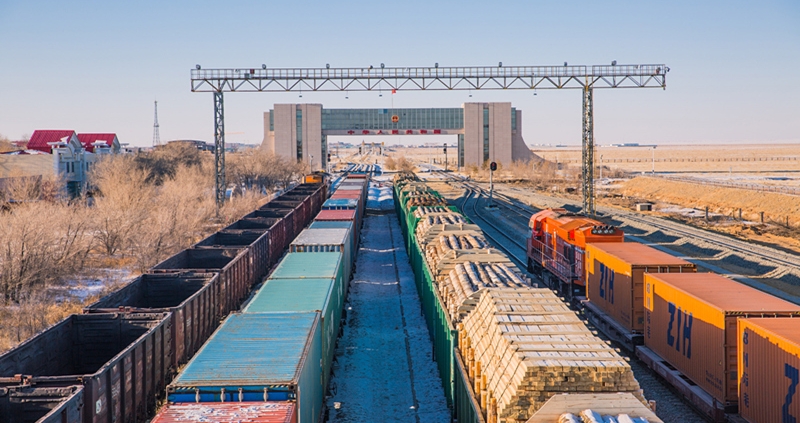 One of the lessons of the coronavirus pandemic is that shorter supply chains are vital. This is especially true as global supply chain bottlenecks have choked the flow of everything from computer chips to breakfast cereal. The urgency of the issue was highlighted when President Biden earlier this month convened an emergency task force to study this supply chain problem that “threaten[s] America’s economic and national security.”

While there are a wide range of solutions under consideration, it is clear that one of them will be reducing the United States’s dependence on distant supply chains in Asia and relocating many of those closer to home. In other words, “offshoring” increasingly will be replaced by what has come to be known as “nearshoring.”

As the CEOs of two of the continent’s leading railroads, Canadian National (CN) Railway Company and Kansas City Southern (KCS), we are committed to making nearshoring a more viable option for American business. The proposed combination of our companies, we believe, would create the first truly North American railroad with new direct connections that would give companies in America’s heartland faster, more reliable and less expensive reach into both Canada and Mexico.

We would supply the critical infrastructure that will allow the US-Mexico-Canada Agreement to reach its full potential. This would be possible because our complementary combined footprints would extend from the Pacific and Atlantic coasts of Canada, down through 18 states in the center of the U.S. to the Pacific and Gulf coasts of Mexico. We also have made a commitment to provide new levels of pricing transparency and optionality that would increase the route choices, supply chain resiliency and bargaining power of shippers.

The benefits of a combined CN and KCS railroad would be widespread across the economy. Consider an auto manufacturer in Michigan: with this combination, it would have increased ability to rapidly and reliably source car parts from elsewhere in the U.S. or Mexico rather than from Asia. Our track would directly connect Detroit to the heart of Mexico, giving U.S. manufacturers more competitive routes and the ability to create U.S. jobs as they meet new domestic and regional content requirements under the USMCA. Other potential beneficiaries include grain farmers in Illinois, Iowa and Wisconsin who would have expanded reach into global markets, as well as ethanol producers in Iowa who would have direct access to markets in Mexico; home-builders in Texas and poultry farmers in Arkansas would benefit from expanded supply networks of lumber and source feed ingredients.

We have detailed in our filings with the Surface Transportation Board (STB) how our combination would help several major sectors, including grain, lumber, auto, plastics, petroleum and intermodal importers and exporters. The efficiencies of our combination would enhance competition and boost the economies of all three countries. The combination would allow us to continue our high-level investment in our tracks and associated freight infrastructure.

Our combination would also be good for the environment, we believe. One of the premises of this transaction is our bet that we would be able to convince many shippers, who now rely on long-haul trucking, to convert their business to trains. If successful, the CN-KCS combined network would help relieve the chronic shortages of long-haul truck drivers and reduce the carbon footprint of long-haul truck traffic heading up and down Interstates 35, 55 and 94 between Mexico, Texas and the Midwest. We have calculated that for a single route, from San Luis Potosi, Mexico, to Detroit, Mich., moving freight from trucks to trains would save 260,000 tons of carbon dioxide per year, the equivalent of the average annual emissions of more than 300 long-haul trucks. Multiply that across multiple routes and years, and the impact would be significant.

We believe in the power of a more connected continent to drive economic growth and prosperity, but we can only achieve this goal if the Surface Transportation Board approves our voting trust and allows us the opportunity to make our case for linking these two North American railroads.