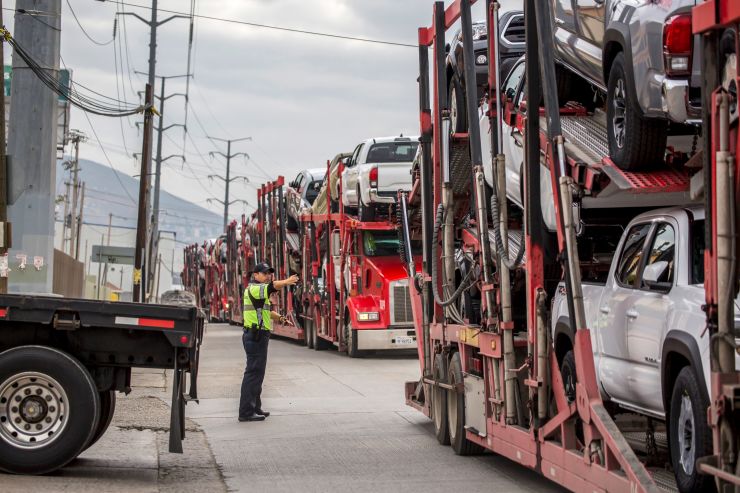 Remember President Donald Trump’s threat to slap a tariff on every product the U.S. imports from Mexico? That threat in early June, which the president later dropped, had auto executives worried.

The latest numbers from Mexico shows why so many in the auto industry were so concerned.

Mexican factories sent 1.37 million vehicles north of the border during the first half of this year — making up 16.3% of the U.S. auto market, according to Mexican auto industry trade group, the Asociacion Mexicana de la Industria Automotriz.

That’s up 13% over the same time last year and setting up 2019 for another record-breaking year for Mexican auto imports. A record 2.6 million vehicles were imported from Mexico to the U.S. in 2018, making up 15% of the U.S. auto market, according to the Mexican auto industry’s latest report released Monday.

In June alone, automakers exported just under 250,000 new cars, trucks and SUVs to the U.S., an increase of 9.2% compared with the same month last year.

Those numbers are further confirmation automakers, with a few exceptions, continue to add and expand assembly lines in Mexico, even if it draws the ire of the Trump administration.

In early June, Trump threatened to put a series of escalating tariffs starting at 5% on every product imported to the U.S. from Mexico unless the Mexican government helped curb the number of migrants crossing into the U.S. The threat prompted Mexico to take actions at the border and after nine days of threats, Trump dropped the idea.

For auto executives, the threat may have caused headaches, but it didn’t force any changes to supply and assembly lines that are firmly entrenched in Mexico.

Take BMW, in early June it officially opened a new assembly plant in San Luis Potosi that builds 3 Series sedans, it’s most popular car. Most of those cars will be shipped north of the border and sold in the U.S..

“Our production network is flexible, but at this point I don’t see any reason to change our plans,” BMW board member Oliver Zipse told CNBC.