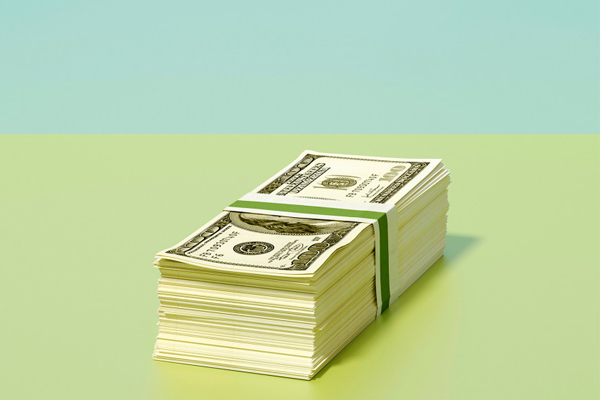 DURING A RECENT business trip to the Mexican state of Jalisco, I became intrigued by the number of foreign young professionals that I saw from the moment I deplaned at the airport in Guadalajara. I asked a local associate if this was normal or if an international convention was going on in town. He said that while large-scale events were a daily occurrence, most of these folks were Americans either working at one of Jalisco’s high-tech multinational companies or running their own startups.

This last statement caught my attention because it signaled an evolution in NAFTA that I had anticipated back when I helped negotiate the agreement more than 20 years ago in Congress. Mexico’s high-tech manufacturing industry coupled with tariff-free technology imports would foster a critical mass of gadget consumers who would demand software and content specifically tailored to them.

Prior to NAFTA, the high-tech industry in Mexico was limited to low-wage, labor-intensive assembly operations. But reforms initiated by the agreement opened a new era of investment in Mexico’s tech sector. Hardware companies are now able to bring their money through multinational banks to invest in equipment design and capital-intensive manufacturing lines. Software companies and app developers, meanwhile, enjoy full protection by courts under very stringent copyright and patent laws.

At the same time, however, I learned that Jalisco’s emerging software industry is still in its early stages and in great need of greater technical expertise. I immediately saw this as an opportunity for US startups to meet the needs of a new business-to-business market while at the same time increasing their cash flow by saving substantially in operating costs. For these startups, a move to Mexico could mean surviving that dreadful gap between initial investment and revenue generation known as the Valley of Death. Jalisco, my associate said proudly, wasn’t only welcoming these international entrepreneurs, but actively recruiting and incubating them, including small companies from Silicon Valley like Ooyala, Wizeline, and 3DMX.

The existing tech industry base in Jalisco is already formidable, with firms such as IBM, HP, Oracle, and Latin America media titans Televisa and TV Azteca. Startups that land these corporations as customers can secure an immediate revenue stream, not only helping them overcome their startup curve but gaining them long-term stability for growth. Many of Jalisco’s domestic industries, such as agribusiness, manufacturing, and the service sector, are also increasingly incorporating technology into their operations.

Other advantages include tech-hungry venture capitalists, business advocacy organizations, hundreds of bilingual high-tech graduates joining the workforce each year, and sound telecommunications infrastructure. But most importantly, a half-day flight away from home and on US Central Time, Jalisco offers an enviable quality of life in a community that is home to nearly 40,000 American and Canadian expats.

Software giants such as Softek and Hildebrando are examples of companies that started in Mexico and now have large operations headquartered in the United States, employing thousands of American high-tech workers. They offer a roadmap that could be replicated by expat enterprises willing to capitalize in a thriving emerging market like Jalisco’s and return later to expand their businesses back home in the US.

High-tech in America was born from startups. Jalisco has acknowledged this power by using NAFTA rules to attract international small businesses and startup entrepreneurs. In other words, foreign investment is no longer just the business of big corporations. Jalisco has earned the moniker of “Mexico’s Silicon Valley” because it recognizes that knowledge is capital. Investing that capital in Mexico could be a startup’s gateway into the global market of technology and innovation.

For those of us who had the little guy in mind when we were negotiating NAFTA, this is a dream come true.

Mexico, US and Canada Sign Energy Mou
Scroll to top