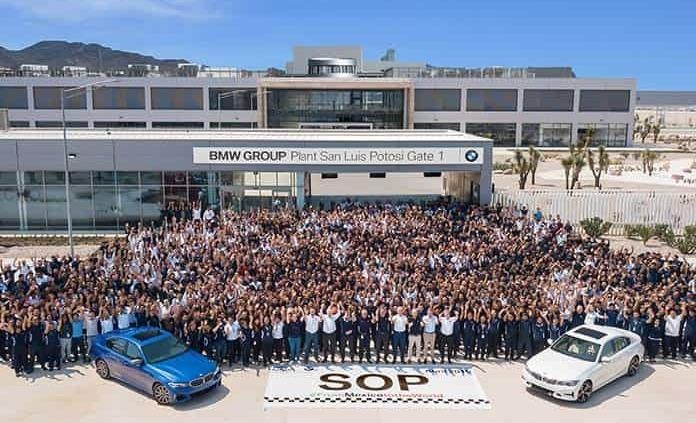 Located in the state capital, the company’s first Mexican factory will employ 2,000 people and has the capacity to build 175,000 vehicles annually. It will initially produce the BMW 3 Series.

The company’s Latin America CEO told the newspaper El Financiero that more than 200 domestic suppliers will provide parts to the plant, explaining that some of them are small and medium-sized business and others are large international ones.

Alexander Wehr said 2019 will be a big year for BMW in Mexico, a country where it first began selling vehicles 25 years ago.

“For us, Mexico is the market leader [in Latin America], not just for its size but also its potential. Last year we sold more than 18,500 units, just BMW, which is growth above 18%,” he said.

The new assembly plant will supply cars to Mexico and other Latin American markets but most of the vehicles it produces in San Luis Potosí will be sold in the United States.

BMW board member Oliver Zipse said at today’s inauguration that the possibility of the United States imposing tariffs on all Mexican goods doesn’t represent a threat to the company’s operations in Mexico.

“We’re going to maintain our plan, at the moment we don’t see any reason to change it,” he said, adding that consumers in the United States, rather than BMW, will pay any new tariffs.

“Almost all countries have tariffs and we continue to sell cars,” Zipse said.

“The San Luis Potosí plant will significantly increase our regional production flexibility in America. From here we will supply the global market with the BMW 3 Series sedan.”

BMW first announced that it would build a new factory in the state five years ago and construction began in June 2016.

Plant manager Hermann Bohrer said that construction of the plant generated a total of 4,400 jobs.

Why More Manufacturing Industries Are Nearshoring to Mexico
Scroll to top