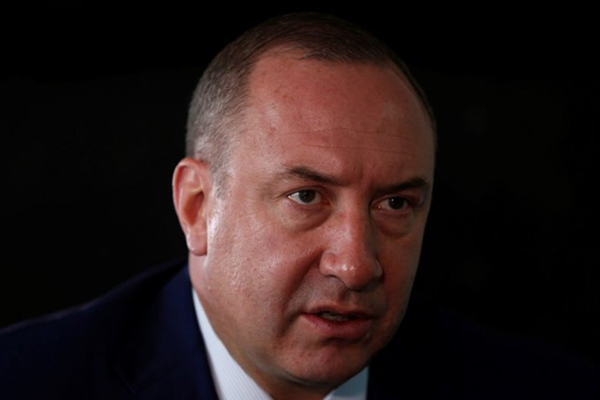 MEXICO CITY (Reuters) – Companies no longer fear the North American Trade Agreement (NAFTA) will collapse and top U.S. multinationals in Mexico are committed to investing in the country going forward, the head of a global business lobby said on Wednesday.

Frederic Garcia, President of Mexico’s Executive Council of Global Companies (CEEG), said preparations to renegotiate NAFTA and growing awareness of the accord’s economic benefits had all but put an end to fears that the deal would be scrapped.

“There was a moment where the probability, or the perception that NAFTA would end, was very strong,” Garcia said in an interview in Mexico City. “But today I think there’s an awareness that it will continue. The big worry that the deal could come to an end is an issue that’s behind us.”

It and other business associations have been active in extolling the benefits of NAFTA to Americans to counter threats by U.S. President Donald Trump to dump the 23 year-old accord that binds the United States, Mexico and Canada.

Mexico’s Economy Minister Ildefonso Guajardo said on Tuesday he expected the U.S. government to notify Congress early next week of plans to rework the accord, yielding talks by late August.

It was not yet clear how NAFTA would be revamped, but if Mexico’s efforts to update its free trade deal with the European Union proved instructive, it could include provisions to boost corporate compliance and adherence to the law, Garcia said.

Trump said last month he was ready to renegotiate NAFTA with Mexico and Canada, though since taking the presidency in January he also has maintained that the United States could withdraw from the agreement if talks did not work in favor of his homeland.

Arguing the accord has destroyed U.S. jobs, Trump has menaced multinationals manufacturing in Mexico with punitive tariffs, and his threats to quit NAFTA. This sent the peso to a record low in January.

Earlier that month Ford abruptly canceled a $1.6 billion plant in central Mexico following verbal attacks by Trump. But as the rhetoric from the White House began to moderate, the peso has recovered somewhat, and fears for NAFTA’s future have eased.

Last week, a Mexican business lobby said it expected investment to drop slightly this year due to uncertainty over Trump, but Garcia said the CEEG would make no forecasts over projected outlays to avoid drawing attention to the matter.

However, they had done so in such a way as to preserve their interests with the U.S. administration, Garcia added.